What about the victims rights? 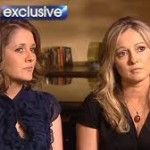 So when I went public with my case, there was a couple of things I wanted to achieve. I wanted to make parents aware of what really goes on in the industry, I wanted people to take better care of their kids, and I wanted to change some laws. That was over two years ago. I’m not supposed to be blogging or talking about the case. I’m supposed to be silent while the police are investigating. At first, it was frustrating. I had been asked to go public, I did. It turned into a media circus that I wasn’t prepared for. However, I found my strength, and made it through a couple of the hardest weeks of my life, and I found the courage to stand up and scream. Unfortunately, right as I found that courage, I was asked to shut up and go hide under a rock. At first I was pissed off. Why ask me to go through that, get me fighting, and then ask me to hide again? It was very frustrating. Occasionally I would break my silence, only to get angry calls from Australia, reminding me to be quiet. Eventually I simmered down. I’ve changed a lot over the last 2 years. I have found a quiet strength in myself I didn’t know I had. I’ve also learnt patience. I now figure I waited 17 years to go public, what’s a couple more years for the police to do a thorough job? Thankfully Australia doesn’t have a Statute of Limitations on rape or child assault cases, unlike the US.  The Jerry Sandusky case took investigators 2 years, and that guy is never gonna see light again, so I’m ok with the wait. At least I got to scream his name out load. I got to tell everyone. I got to warn others of what he’s like. I also empowered many more girls to come forward and speak of their own abuse. I’ll never be able to express how awesome it is to receive emails from other girls who tell you that you gave them to strength to tell their own stories. Other women and men tell me that because I spoke up, they found the strength within themselves to tell their families of their own abuse. Many have been to the police and laid charges against their attackers. Some of them have even already been to court. Knowing you started a chain reaction makes you feel that you had a purpose in life. I still hope to change laws in Australia. I want to make the entertainment industry a safer place for kids. I want to make the world a safer place for kids. I would like Australia to set up a sex offender registry like we have in Texas. I want offenders to have their faces, names and addresses on a website where people can go and see if there’s any bad people living around them. I don’t believe any of the bullshit about vigilantes. We used the site when we had our exchange student so we could make sure she was safe on her way to school. We saw there was an offender on her route. We advised her to avoid going near that house. We showed her the photo of the guy so she would recognize him in case he tried to approach her. It wasn’t to scare her. It was just a self defense system. I use it when I’m on the road to make sure I don’t have some rapist next door to me, who seems nice asking for a cup of sugar…

I also don’t believe the crap about naming the offender will let people know who the child is. Considering that most pedophiles molest about 60 kids before they’re even caught, how could naming the one offender lead to his victim being known? The registry just has a general offense, such  as lewd act with a minor, or aggravated sexual assault of a child. It doesn’t name the child. It doesn’t say whether it was a relative or stranger. All it does is warn others that the person is a threat and to keep their kids away from them.

I hope one day to also get rid of the stigma attached to being a victim. I hate the world victim. I am no longer a victim. As a small child, a very sick individual did bad things to me. That is in no way my fault. I tried to do something about it. I told other people. Unfortunately, some equally worthless adults, much like Joe Paterno were involved. The culture of the stigma surrounding child abuse led to the silence, and therefor allowed more abuse to occur. We need to teach kids it’s not their fault. We need to empower them to speak up. We need to stop treating people like victims and like they’re contagious. We need to help them find their strength again. We need to teach them that shit happens, and we’re going to help them get over. I have no doubt that what happened to me made me who I am today. I’m also sure that speaking up 2 years ago has changed me tremendously. I found my strength. I found my voice. I became a warrior.

So while I spend my days being a literal warrior wearing my uniform, and channel my energy into my job in a Law Enforcement Intelligence Center, which is great because I get such a buzz every time we send out a BOLO and we actually capture some predator, occasionally I read some article which makes me want to come out screaming again. It’s hard to be patient when I read shit like this:

A KENTUCKY teenager is facing contempt of court charges for tweeting the names of the two teens who pled guilty to sexually assaulting her, in a case that inspires questions about the uses of social media in the legal system.

Seventeen-year-old Savanna Dietrich tweeted the names of the boys in response to the frustration she felt over her attackers plea bargain.Now, Dietrich could face an $US500 ($481) fine and up to 180 days in jail for the act if she is found guilty of being in contempt of the court. Her contempt hearing is scheduled for July 30. According to Dietrich, the sexual assault occurred when she passed out at a party last year.

Her attackers then molested her, and they also allegedly videotaped the incident and shared it with their friends online.

After Dietrich visited police with her parents, the juvenile defendants were charged with first-degree sexual abuse and misdemeanor voyeurism, reports the Louisville Courier Journal. But Dietrich says she was extremely unhappy with the “slap on the wrist” plea bargain her attackers were given.

Enraged, she took to her Twitter account determined to publicly expose the boys for their act. “They said I can’t talk about it or I’ll be locked up,” one of her tweets read. “So I’m waiting for them to read this and lock me up. ____ justice.

“Protect rapist is more important than getting justice for the victim in Louisville.”

She reiterated in a Courier Journal interview that she was fully prepared to pay the price for her actions. “I’m at the point, that if I have to go to jail for my rights, I will do it,” Dietrich told the Louisville paper. “If they really feel it’s necessary to throw me in jail for talking about what happened to me … as opposed to throwing these boys in jail for what they did to me, then I don’t understand justice.”

Here’s a girl was was attacked, the guys taped it and posted it online. So not only did they violate her originally, but then she was humiliated again by having it shown to others. She went to the police, and the guys were given a slap on the wrist. So she goes public, and names her attackers, who one would assume would already be known, given they themselves used public domain to share their video of the attack, and she’s the one facing jail?

What the fuck is wrong with society? If these douchebags are using the internet to share their attack, she should be able to use the same internet to shame them. Their names and faces are already out there. Give her the chance to reclaim her power, her voice. Let her vent. I don’t care if her attackers were also teens and should be protected. They’re not going to turn 18 and suddenly become model citizens. They’re going to go off to college and prey on girls at frat parties.

I’ve received emails from actors here in the US letting me know they’re following my case in Australia. Unfortunately the US has a Statute on childhood abuse. However, I’m pretty sure if my case goes well, you’re going to hear a lot more people stand up and start talking about their own abuse. Hopefully then the younger ones will feel empowered to stand up for themselves too. It sucks to be a test case, with the fear of letting people down, but it’s also wonderful knowing I’ve had a positive impact on so many people, and could change some futures.

6 Replies to “Protecting the Guilty”