When rapists are let off, and journalists are jailed…

There was an awful story in the paper today about a girl who was raped for years by her father, she made it to court, and the piece of shit was let off by the judge on a good behavior bond. This man raped his own child for five years. He even raped her in the bed with the mother there. Yet somehow, the judge feels that he didn’t deserve jail time.

Even worse, this isn’t an isolated case. Time after time, Judges are not even giving the minimum sentence to rapists and child molesters. They are continually giving them a simple slap on the wrist, and then, once they’ve been to court, they are protected by the courts. The names and crimes are suppressed. The community doesn’t know who these sexual deviants are. They are allowed back into the community, where they are free to continue their predatory ways. 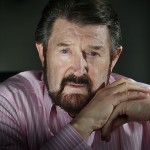 Meanwhile, people like Derryn Hinch, who dare to try to protect the community, by naming and shaming some of these people, gets sent to jail. He was arrested again last week, because he named a man who was on parole, and should have been back in jail. Instead, the man was out, and he raped and murdered another woman.

Something needs to be done. We can’t continue to allow sexual predators a free pass, while punishing those who try to make the world a safer place.

Side note: I wonder how a lawyer can feel so concerned for the rights of the victim in the above case, when the following day he’s representing somebody charged with rape? How can you honestly represent both sides of the debate? Can you really give your all to a victim of a rapist, and the next day argue that another rapist is innocent?

2 Replies to “What is wrong with courts in Australia?”