How awesome is Maureen McCormick? 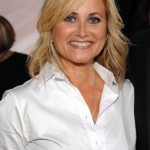 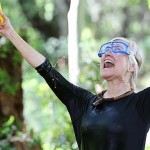 Anyone who has read my blog, tweets, or FB page knows I’m a sucker for reality TV. Especially Celebreality TV. Too many actors are these inaccessible people, who maintain a complete facade. It’s all about a “brand” and doing whatever one needs to do to maintain that brand, whether that’s really them or not. Celebreality TV destroys that. It breaks someone down to who they really are, bad editing or not. Sure, you can edit someone to look like an arsehole, by cutting clips together of things they’ve said, but if they hadn’t said them in the first place, then they couldn’t do that…

I love getting to see the real person. If you’re a good person, you’ve got nothing to worry about. If you’re an arsehole, then maybe celebreality isn’t for you. Or maybe it is. Some people LOVE to be the arsehole.

I know a lot of people say that shows like “I’m A Celebrity, Get Me Out of Here” are for C grade has beens, or like a lot of twitter people like to say, Who are these people? I don’t know any of them.” Seriously, if you don’t know who any of the cast are, then you need to get out more. I haven’t lived in Australia for 12 years, and even I know most of them. I’ll admit, I didn’t know Joel or Tyson, but I certainly know Chrissie Swan, Daddo, Merv, Leisel and of course, Maureen. If you don’t know who Maureen is, then I’m sorry, but, you’re an idiot. When you tweet you don’t know who these people are, it says a lot more about you than any of these people. Also, to those who say, “More like C list Celebrities.” A C list celebrity is still a celebrity. The show isn’t called “I’m an A lister, get me out of here.” Did people really expect that A listers would be on this show? Firstly, an A lister would never do a reality show. They limit themselves to very small talk show segments, where people don’t have enough time to see anything but their manufactured image. Also, A listers are busy. Or, they already have enough money they don’t need to go to the jungle for weeks. I’d much rather see a normal celebrity who is willing to have a go and make fun of themselves. People who are willing to let the public see the real them.

People think celebrities go on these shows simply for money, or to revive a career. Sure, that’s part of it. But if you were offered a chance to spend several weeks in Africa, wouldn’t you jump at it? I would. Most people pay thousands of dollars to go camping in Africa. These guys are getting paid to do it. Ok, so maybe they’re not on a fun safari, but they’re still in Africa. I’m sure they get a week there afterwards to enjoy it.

The big thing though, is it’s a challenge. I commend all those taking part in getting out of their comfort zones. For trying something new. For taking a chance on doing something out of the ordinary.  To face their phobias. It’s easy for a celebrity to say no. To just stay in their designer outfits, and go hang out on a red carpet. To eat in fabulous restaurants. It takes some balls to say “fuck it, I’m going to go slum it for a few weeks and eat slimy bugs and ostrich anus”. As hard as it will be for them now, it will all be worth it when it’s over. Too many celebrities are surrounded by yes men. They become lazy and complacent. They don’t have to push themselves. Sometimes they forget how strong they are. These challenges will push them, remind them that they’re strong. Remind them of how great their life is back home. Small things like a flat white will be a big deal. Hot showers, amazing. Going home to a warm bed, brilliant.

This show is designed to push people to their absolute breaking point. That’s the point. To make pampered celebrities squeal that they can’t take it, and want to go home to their comfy lives. I love watching it though and seeing these people remember how fabulous they have it. It reminds people not to take everything for granted. Sure, some of the challenges seem easy, and from the comfort of your couch you can scream at Laura to suck it up princess. But, if she genuinely has  a phobia of fish, maybe it was too much for her. We couldn’t smell it from home. I’m sure it was putrid. Let’s not forget these people are sleep deprived, food deprived and are being watched 24/7. After getting covered in filth, they have to try to get clean in a cold shower, with no privacy. How do you clean the fish guts out of your privates without taking your bikini off? Ugh. No thank you. Of course, I’m way bitchier than the rest of those people, so when I found out that she was in charge of our meals for the next three days, I wouldn’t be coddling her and telling her that if she can’t do it, it’s ok, we’ve got rice and beans, and then talking about her while she’s gone.  I’d go all drill sergeant on her and let her know that everyone is depending on her, and she just needs to put her big girl panties on and do it. Everyone is hungry, and she needs to man up. (Yep, I’d be the arsehole of the show)

It also teaches the audience not to judge a celebrity before the first couple of days. Everyone thought that Maureen was crazy, and she’d be the first to tap out. Then she showed she probably has the biggest set of brass balls in there. Never underestimate a child star. They have an amazing work ethic, will be the best team players, and will do what needs to be done. They’re mentally tough. They’ve probably been through way more than anyone can imagine. She was thrown into a group of people, and didn’t know anyone. It had to be hardest for her. Or maybe easier, because she didn’t have any preconceived notions.

I say good luck to everyone on there. May your efforts be worth it. May you learn a bunch about yourself. May you find your inner strength. Good on all of you for giving it a go! I think you’re all fabulous. Especially you Maureen.