People like John Laws set the whole movement back 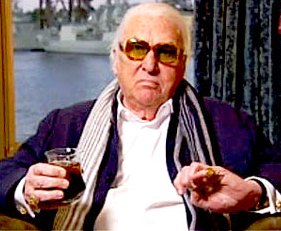 I take back my comments about the print media making a big deal of the John Laws interview. After watching his interview on Today Tonight I’m just amazed at his arrogance. He doesn’t seem to think he was insensitive at all, and the only reason he apologizes is if he offended anyone, but doesn’t see why he would have. So, not a real apology. He just doesn’t get that saying “My God they were having a good time with you” was inappropriate, and he thinks the interviewer is asking a stupid question for asking him how he could say it.  When asked about how he could ask if it was a child’s fault, he answers, “if she allowed it to happen”….. Seriously Lawsie? You think a six year old could “allow” it to happen?

I think my most amazed moment came in the original interview when the girl says that it finally stopped and Laws states that the dad must have gotten physically tired of her. Like he understood that a grown girl was no longer attractive to an abuser. That made my skin crawl.

I’m so glad Liz Mullinar and Derryn Hinch went on air to blast John Laws. While I was at Liz’s retreat, Heal For Life, they showed how abuse has actual physical effects on the brain. How it really can create a change in life patterns. How simply ignoring it doesn’t make it go away. Laws suggested to the woman she simply focus on work and husband, and don’t think about it. Sorry Laws, but that just doesn’t work. So many people are told to just move on, get over it. Do something else. You can’t move on till you’re allowed to grieve. You have to face it. Be allowed to talk about your feelings. Survivors of abuse don’t need dinosaurs like Laws dismissing their trauma. That doesn’t help a person to move on at all.

I hope the Royal Commission will bring about a change in Australia and let people know the true effect of childhood abuse on people. Maybe then people will be able to address the issue, get the help they need, without being dismissed, without feeling like they need stay quiet and hide in the shadows, or try to self medicate with dangerous substances.

In the meantime, I hope people let Laws know how big a dickhead he is by switching him off.