I am so pleased all the other girls made it to court yesterday to see Robert being sentenced. I would have really liked to have been there to see him hide in his corner in the dock. Kudos to whoever it was that decided to put the press in the jury stand, directly opposite him. Even though I couldn’t be there, it was awesome being able to watch it all unfold in real time on Twitter.

It seemed like there was thousands of tweets about the case last night. I’m sure some people were thrilled by the new mute button! There was so many tweets, and me retweeting as many as I could, this happened: 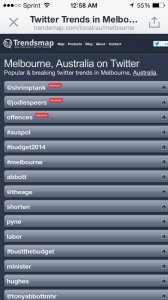 There was some outstanding tweets coming from the journo stand, but I have to give it to Jodie Speers. She was on it! She was constantly updating, and was super professional. Although she did let one personal comment slip, and I thought it was brilliant.

There was some other pretty good tweets in my stream, ranging from witty 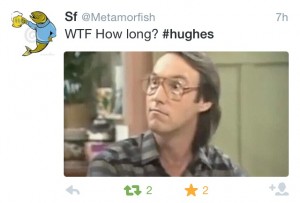 I liked this one

So a huge Thank You to everyone who followed along with me last night. I may have been at home alone with the dog, but I felt like I had a whole room full of people standing with me. Much love to you all.