Today I was googling around, seeing if there was any new reviews on my book, Allegedly, and I found an interesting forum thread, that was started way back when the allegations first came up in Woman’s Day and A Current Affair.

Back in the day, these kinds of forums really tore me up. So many people discussing my life, which I accept is part of going public. There were so many judgements, name calling, and in the case of this thread, people getting pretty stroppy with one another. Back then, being in the center of it, I mainly noticed the negative comments. Today, six years later, I can read these, and see all the positive ones. I can even laugh at the douchebag who said that I was an actress, and therefor, anything I say or do must be a lie. I guess one of the main things I’ve learnt over the last few years is that a person’s opinion shows more about them than it does about me.

Sometimes when I come across these old threads, I wonder if the people who wrote them ever look back on the things they wrote back then? Do they look back and wonder what they were thinking at the time? Do the ones who stood up for me feel glad that it did go to court, and justice was served? I hope they feel proud they stood up for someone else. I also wonder if the ones who think that anyone who speaks up publicly are only after money and fame have since experienced something in their life that could teach them some empathy, or if they are still the sad, closed minded people they were back then?

Either way, I’m glad I am at the point that I can see these things, and it no longer upsets me. As shitty as the whole process was, I’m glad I did it. I’m even more happy that I was given the opportunity to write Allegedly, and share MY story. The one that wasn’t told in the media. Even better, I love all the messages I have received since, from people who have read it. Before writing it, I knew that many of us had shared journeys. So many of us had experienced the same things, but because of the silence surrounding abuse, we didn’t share it, and we didn’t know how similar we all are. I have so many people telling me that they experienced similar things, similar journeys, whether it be a parent that ignored them and the abuse, or the feelings of loneliness, or the doubts of others. We are all so much more similar than we ever thought, and that is comforting. We aren’t alone. We have others who can understand us, who know what we’ve been through, and who we can talk to.

Most of all, whatever you’re going through, ignore the douchebags who say shit about you. You know the truth, and in time, they will too. 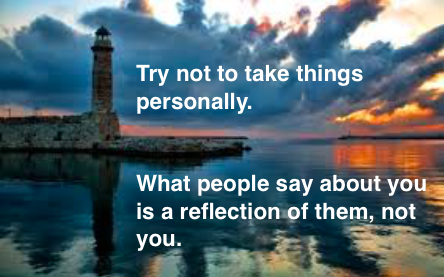