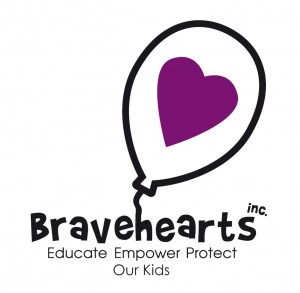 Bravehearts has received the full support of the National Child Protection Alliance in its reignited calls for Prime Minister Julia Gillard to hold a National Royal Commission into the sexual assault of Australian children.

A Royal Commission should examine all clandestine, cultural, illegal and systemic activities, policies, laws and practices which compound the actual and potential sexual assault of Australian children within all environments including churches, institutions, courts of law, government and non-government organisations.

Bravehearts Founder and Executive Director Hetty Johnston, said sweeping powers are needed to comprehensively investigate all allegations of child sexual assault and the wilful cover-up by people and practices that betray the duty of all adults to place the best interests and protection of children first.

“Our children deserve protection; they deserve decisive and immediate action from those with the power to protect them,” she said.

“Our politicians must step up to the plate. The evidence around the level of danger our children face is indisputable. The impetus to do this properly is with a Royal Commission that closely examines the issue, so that we can stop child sexual assault in our society. We are not content to continue to simply mop up the carnage, we need this to happen and it needs to happen now.”

Ms Johnston said an earlier call for a National Royal Commission in 2003 in the wake of the Peter Hollingworth Anglican Church debate almost succeeded. The Labor Party, then in Opposition and led by Simon Crean and Jenny Macklin supported the calls, as did The Greens. Since that time the threats against our children have expanded and the need for an Inquiry crucial.

It follows allegations this week by a senior New South Wales police officer who claimed the Catholic Church not only impeded inquiries into child sex offences but competent police officers were removed from investigations.

“Child sexual assault and the issues surrounding it are endemic, they are national and they demand a national response,” said Ms Johnston.

“There is no question a Federal Royal Commission is needed immediately. Child sexual assault is the largest crisis facing our children, not just in the Catholic Church, and not just in NSW or Victoria.”

Research shows that 1 in 5 Australian children will be sexually assaulted before the age of 18. They are boys and girls, black and white, rich and poor and they live in every nook and cranny of our nation. This heinous attack is happening in various degrees of complicity in churches, in institutions and in all communities.

The outcomes for children and families in terms of mental health are catastrophic while the economic outcomes can be measured in the billions every year.

In October, Bravehearts launched its breakthrough 3 Piers to Prevention strategy – Educate, Empower, Protect – solid foundations to making Australia the safest place in the world to raise a child by 2020.

It will cost an average of $8 million per year for Bravehearts to deliver on its strategy to initially prevent 28,000 children (pa) from being sexually assaulted by 2020. Australian governments will need to support these initiatives for the targets to be achieved.

These actions will save an estimated $5.2 billion in costs associated with the ramifications of child sexual assault on survivors, their families and the community.

One Reply to “Bravehearts calls for Royal Commission into Sexual Assault”