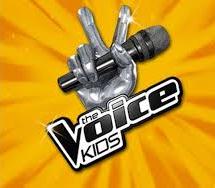 It was announced yesterday that Kylie Minogue and Will.i.am will be joining The Voice Australia, and that Delta Goodrem and Joel Madden will be working on The Voice Kids. Not sure who else will be on the kids version yet, but I sincerely hope they’re picking people who are good with kids. Even better if they pick people who were actually famous as kids, and can understand what the kids are going through.

The adult version of The Voice is going to be cut throat this year. The networks are going to put Kylie and Dannii against each other on rival singing shows. I can only imagine how ugly it’s going to get.

So what does that mean for The Kids version? Will it play nicely? Will they really push the kids to be even more entertaining? Do we even need a kids version?

I get that if there’s a bunch of kids who want to be part of The Voice, it’s better that they have their own version. It’s not fair to put kids against adults. In the acting world, you wouldn’t send a kid in to audition for the same part as an adult. But singing isn’t really a competition for the same part. Each person is recognized for their own talent. But on these shows, you just can’t compare an 8 year old with a 28 year old.

The Voice Kids has stated that they’ve got a team of clinical psychologists on board. Co-executive producer Geraldine Orrock told The Sunday Times “layers” of protection had been set up for the talented youngsters who made it to the Channel 9 set.
“We have a whole team of clinical psychologists who will be there to deal with anything that comes up at all times,” she said.
“The children will have their own guardian with them at all times. And we are hiring the right people, who have worked with kids before.”

Given how much has come out over the last couple of years about kids in the entertainment industry, let’s hope they’re really being careful about who they have working with kids. I hope they are doing background checks on everyone, and making sure the parents really are with the kids at all times. My mother was on set with me at the beginning, but then she would drop me off and pick me up. When I turned 12, and broke my leg, I started getting a taxi to work. I was driven home by a crew member. The only time she was there was on Saturday night. I hope the parents on The Voice Kids don’t get lax, and start thinking they don’t need to be there. It’s going to be very emotionally grueling. There’s going to be lots of ups and downs. The kids are going to need their parents there for them.

I also hope that the producers are watching out for Stage Parents. There’s nothing worse than a talented kid who is only there because the parents are pushing them, living vicariously through them. Or who see their kids as a meal ticket. Or who are not supportive. Are are generally just shitty people. There are shitty parents everywhere, but their shittyness just gets magnified on a set.

The kids, who so far have been watching The Voice, and who just see an hour of glamour, probably don’t realize just how much work goes into producing an hour of television. I doubt the parents have any idea either. They also won’t understand how much their lives will change. There’s all these articles in the paper lately along the lines of “What it’s like to be Asian/black/whatever in Australia”. Someone needs to do an article on what it’s like to be an entertainer in Australia. Especially a child entertainer. EVERYBODY is teased as a kid. We all get picked on for somehow being different. But it is much bigger when you’re on TV. These kids need to expect for everything to change. Kids at school will either think they’re awesome, or they’re going to beat the shit out of them. They’ll probably go through periods of both. It’s one thing in the US where there are literally hundreds of TV channels. People may never see The Voice, and nobody will recognize the kids. But in Australia, everyone will know their faces. It will be hard for them to go out and not feel the effects.

Fame is a weird thing. It changes people, and not just the person who becomes famous. It changes the people around you. Friends get weirded out by the experience. Some don’t want to be around you when you’re being followed by photographers. Others, who didn’t like you before, will suddenly find you fascinating. It’s hard for kids to work out who their real friends are, and who is just a hanger on.

Even if the kids make it through the whole thing, dealing with the ups, downs, cuts each week, what happens at the end? Are they going to be offered a deal like the adults? Will they be turned into mini record moguls, like Justin Beiber, or Miley Cyrus? (Will they end up like Beiber and Cyrus?) Will they be given a taste of fame, and then when the season is over, the networks just return them to suburbia where they came from, and the kids are expected to work out how to go back to normal?

I think, given the right environment, and the right people, The Voice Kids could be a good experience for kids who are serious about becoming singers as adults. I don’t think it’s a good place for sensitive kids who aren’t good at rejection, or who have spent their life being told they’re the most awesome kid on earth. I don’t think kids today can handle rejection well, although it might be a good life lesson for some of them. But my main concern is that it’s not show play, it’s not show fun, it’s show business. Business means work, and I’m not sure if everyone understands that it really is going to be WORK.

I’ll be keeping an eye on the show. It’ll be interesting to see how they handle it.