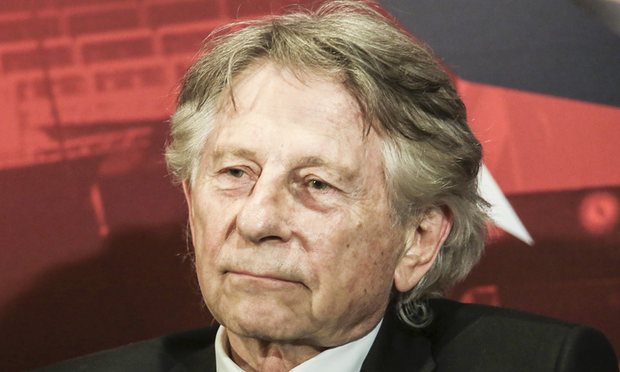 The Polish Government is looking to overturn extradition hearings for Roman Polanski.

Well, it certainly seems to be the year that Celebrity Sex Offenders are getting hit with the spotlight. I woke up to news this morning that questions are once again being raised about Roman Polanski, and the hope that he might finally have to pay for raping and sodomizing a 13 year old girl back in 1977.

Roman Polanski drugged and raped a young actress/model at Jack Nicholson’s house after inviting her over for a fashion shoot. He gave her alcohol and drugs, and then sexually assaulted her, while she cried and told him no. She told her mother what happened, and Polanksi was arrested. He initially denied it, but then pleaded guilty, in exchange for a plea bargain. After undergoing court ordered psychiatric tests, he fled the US, fearing he would get serious jail time. He went to France, where he was also a citizen.

Now, even though he admitted raping a 13 year old child, he continued to make movies, and big stars continued to work with him. Because, we all know by now that Hollywood types don’t give a fuck about kids getting hurt, as long as they get a fabulous role, and keep making money.

Fast forward many years, and people forget that Polanski fled the country to avoid doing time after he admitted raping a child, and everyone is still fawning over him. Because, you know, he’s an artiste, and that’s way more important than the girl getting some form of justice. The poor guy even had to miss the Oscars in 2003 when he won for “The Pianist”. There was a huge pity party for him, and everyone thought it was unfair he couldn’t be there. Hollywood took the side of the rapist once again. Don’t worry about the victim. “It was a long time ago and we should all just move along”

In 2009, Polanski went to a film festival in Switzerland, and was arrested. The US was still trying to extradite him. The extradition request was denied, and Polanski was safe once again. By 2010, the victim, Geimer, asks the court to drop the request, due to health problems surrounding the constant publicity of the case. She was probably sick of hearing people like Whoopi Goldberg declare that it wasn’t “rape, rape” and she should get over it. Everyone had an opinion on it, and I can’t imagine how badly it must have affected her. I only had to deal with listening to a few millions Aussie’s have an opinion on whether Robert did it or not, and whether I should care so many years later. Geimer had the US and Europe discussing her case, for decades. I think at some point you’d go bat shit crazy and ask to have it dropped too.

Fast forward, and after a couple more extradition attempts, and Hollywood still praising Polanski, and today, someone in Poland, who probably has a conscience, has decided to look at overturning the denial of the extradition order.

What gets me is that it’s not 38 years since he committed the act of raping and sodomising a young girl. As lenient as courts are to famous people, and the fact he took a plea deal, he wouldn’t have gotten a slap on the wrist. He would have served a very minimal amount of time, been released, and allowed to carry on with his life. He’d be back out directing, and nobody would give a shit. (Just look at other Hollywood people who get jailed for child sex offences, like the Director of Jeepers Creepers, who is out and working with kids again) However, by constantly avoiding doing the right thing, he’s now spent 38 years on the run. 38 years of fleeing, and having to work overseas. Not being able to go to certain countries or face arrest and possible extradition.

Now, if he does get extradited, he won’t just face the original time for rape, he’ll also get done for fleeing and avoiding justice.

Hopefully, this time the extradition sticks. Maybe he’ll finally face prison time, and be not rape raped in prison….

I’m sure when he gets out, everyone will rally around him and help him get back to work as quickly as possible. Because, Hollywood.

So now that I’m watching London and the extradition hearing set for the 19th of September for my own future case, I’m also fascinated by the Julian Assange extradition ordeal, which then led me to think about the Roman Polanski case and his attempted extradition from Switzerland in 2010.

Here’s what I understand from the Julian Assange case. Feel free to write in the comments below and tell me where I may be wrong.

Assange, who we all know is really wanted in the US because he posted a whole bunch of classified documents on his Wikileaks site, is being charged by the Swedish Govt with raping two women. Two women who claimed they had consensual sex with Assange. But apparently sex without a condom is illegal in Sweden. So, they charged him, dropped the charges, reinstated the charges and now they’re trying to extradite him. There appears be be several different stories on the matter, some ranging from it was simply consensual sex and he didn’t use a condom, to he forcibly raped one while not using a condom. It depends which piece of propaganda you read.  Some sites claim that one of the women has ties to the CIA and is just trying to frame him. Other sites claim he had sex with one of the women while she was asleep. When she awoke, she asked if he was using a condom. When he said no, she asked him to stop, and he didn’t. At this point, I’d like to point out that if someone tell you NO, even if you are already having sex, it become rape. Whether a man or woman says no, if the other person holds one person down and continues to have sex with them, it becomes rape. Yesterday I was convinced that it was all some trumped up charges by the government to get Assange back to Sweden so they could in turn hand him over to the US. However, the more I read, the more I think that maybe there is something going on. I mean, if the US really wanted Assange, they could formally apply for extradition for Assange from England. They don’t need him to go back to Sweden. It also scares me the way the women have been vilified by the media. Because Assange has done some good things, like create Wikileaks and help to promote truth, he’s a hero and above rape. Kind of ironic that a guy all about exposing the truth won’t face the courts and let the truth come out. If he’s innocent, he should go back to Sweden and prove it.

Whether he did it or not, the women involved have been labeled as crazy man haters, only angry because he had sex with them both over one weekend. That they were only upset because they were worried about STD’s. That they are just being used by the government. Lots of people are simply dismissing their claims because they think that just because he’s famous, he couldn’t possibly have committed rape. Lets not forget that plenty of famous men have been charged with rape. Mike Tyson anyone? He served 3 years for raping an 18 year old beauty queen. Kobe Bryant was accused of rape. Even Errol Flynn was taken to court but later acquitted on raping two underage girls. Rape charges rarely stick if you’re rich and famous.

That brings me to Roman Polanski. Here’s a man who raped a 13 year old girl. He gave her drugs, champagne and then forcibly raped her and sodomized her. The whole time she begged him to stop. He was charged with rape. He admitted to the rape. Then, he didn’t like that he was going to have to actually serve time, so he fled the country. What amazes me most about this case, is not that he’s managed to avoid extradition to the US all these years, with Switzerland refusing to extradite him, but the fact that so many people believe that it’s ok that he raped a 13 year old girl because he’s an “Artiste“. You’ve got idiots like Whoopi Goldberg who say shit like, It’s not Rape-Rape. You’ve got people who still want to hire him as a director. Kate Winslet said “If Roman Polanski invites you to join in any project, you really don’t say no”  Is that because he doesn’t listen anyway? People feel bad for him because he can’t return to America to collect an Oscar in person. Oh boo fucking hoo. He RAPED a 13 year old. I’m so tired of famous people getting a pass on heinous crimes just because they’re famous. I’m sick of people saying that it’s OK to do bad things just because you’ve got a skill in some other area. Just because you’re good at something, doesn’t make it ok to break the law. Even if I was still an actor, I would NEVER work with Polanski. I won’t watch any of his films either. I won’t contribute to him earning a living in the field I used to work in. It’s because of assholes like him that the notion exists that rape and sexual assault are just part of the entertainment industry and if you want to be a part of it, then you should just deal with it.

If Julian Assange has been wrongly accused of rape, I feel bad for him. I think if Sweden is serious about the charges, they should guarantee they’re bringing him to Sweden to face court on those charges, and guarantee that he won’t be extradited to the US. However, if he did indeed rape those women, then I feel terrible that they’ve been swept aside as mere pawns by society. I think they have a right to their day in court. If Julian Assange really cares about the truth, he’ll go to court instead of hiding in an embassy.

The US needs to let Assange go to Sweden, unafraid of being sent to the US. They need to let him face those charges there. Then, once that’s over, and he’s left Sweden, they can go ahead and do whatever they want. But this whole case right now is blurry, with everyone throwing blame at everyone else. No-one is going to get anything done, and it’s going to create a political and diplomatic minefield.

Meanwhile, we need to leave the two women alone. None of us know the truth yet, so lets stop dragging them through the mud.