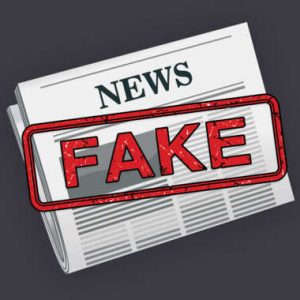 When I was young, journalists were expected to present the facts. If you turned on the news, you could expect that a reporter was going to tell you what was happening, and unless you were watching a talk show here somebody was expected to have an opinion, or reading an actual opinion piece in the paper, the news was supposed to be neutral. They presented facts, and you got to make up your own mind if and how to interpret that news. I’m talking about growing up in Australia. Many other countries were having their media manipulated, like in the 1950’s in the US with Operation Mockingbird. Propaganda presented as news. I think they were much more subtle about it back then, and people weren’t blasted by news 24/7 like they are now. Today, it’s reached ridiculously epidemic proportions, and either people don’t realize it’s happening, or they just don’t care.

I’m not sure how it started. It could be when we moved to 24/7 news, and people have to keep having things to cover. Does this mean that we’re now covering every little ridiculous thing that in the past wouldn’t even be thought of as news? I mean, I now see entire articles about one person’s tweet. Journalists trying to rile up other people by pointing out one twitter user saying something. I wonder how long they spend searching for just the right tweet to write about.

Could it be that we’re in this era of celebrity, where people don’t care about actual important events, as long as they know that Beyonce is having twins, or who got nominated for what award? Tabloids and trashy women’s magazines have been notorious for years for printing crap about a celebrity, stating “a source” told them, with the source either being said celebrity’s publicist, or someone else in the magazine’s office making it up. Have we gotten so used to TMZ and E! news that now we don’t hold our news reporters to a higher standard?

Or is there something more sinister at play? Are we being purposely manipulated in order to create change? Are people like George Soros paying off the media in order to create unrest in order to further their own personal gains? He has been shown to meddle in the media in both Europe and the US during elections in order to try to sway the public to vote for his prefered candidate. People are also saying that he’s paying for some of the more violent protests happening in the US right now.

I’m watching all the division and fighting happening right now in the US, and frankly, it’s stupid. It’s not helping anyone. Well, it’s helping someone, but it isn’t the general public. People protesting in the streets, setting things on fire, even the small scale fights on Facebook aren’t helping any of us. We are being manipulated. Someone higher up is trying their best the divide us. Our job is to take a deep breath and not let ourselves be sucked in by it.

It doesn’t matter which side you stand on politically, religiously or socially. Whether you’re conservative or a liberal, whether you’re LBGTQ or married to the opposite sex, pro-choice or pro-life, Catholic, Jewish, Muslim, Atheist or any other religious conviction. We’re ALL people. We all have needs and wants and desires. We all want to be happy. If we all talk to each other, we’d probably find that we all have similar wants and desires, at least the basic stuff.

I guess I’m an atheist libertarian, but I wasn’t raised that way. I think the church is an oppressive oligarchy used to suppress the masses, but I also think that a lot of people find great joy and happiness in believing in their chose deity, and therefore, respect their right to worship. As long as people aren’t telling me who and what to believe in, I don’t feel the need to tell them not to believe in anything.

Just like I’m married to a man, but I’ve been known to kiss a girl or two. Some of my friends are gay, some are straight, and some like a bit of everything. As long as everyone is a consenting adult, I don’t give a shit what they do in the bedroom. It’s none of my business. (Unless they’re personally inviting me to be in there) My friends Sean and Thomas getting married should be no bigger a deal to me that if Kacey and Shawn get married. It has no effect on my personal life or my own marriage whatsoever.

People need to stop worrying so much about what other people are doing, and start taking care of their own shit more. Stop believing everything that the big news outlets are telling you. If you’re interesting in something, do some research on it. Read more that one website. Read three or four. Read things that you would initially dismiss. It’s good for you to learn new things, and read opposing opinions. Instead of dismissing someone as being a racist/xenophobic/islamophobic/liberal etc, have a calm discussion. Ask them WHY they have their opinions. Ask them to explain it to you. If they say something you don’t like, instead of shutting them down, ask them to tell you more. Not just so you learn, but so they do. If they can’t explain it to you, it means they’re probably also simply parroting what they heard on the news, or from their friends, or parents. Discussion forces both parties to think, and maybe learn, and change. Screaming at each other like children doesn’t help anything. I have never changed my view on something because someone called me a name. I’m betting you haven’t either.

Instead of complaining about a situation, sit down and ask yourself how you can fix it. If you don’t like the current leader, what’s an adult way to change it? Is it waiting till the next election and voting them out? Is it going out and educating people? Is it getting involved and creating a bill? Is it sucking it up and actually running for a position yourself? Find a constructive, useful way to channel your anger and frustration. Running through the streets and rioting, burning shit down, punching people in the face, and getting arrested doesn’t solve anything. You’re just making it worse. For society, and yourself. If you don’t like a guest speaker, instead of turning up and booing them, either go and see if you can engage in actual conversation with them, or, just don’t go. Save yourself the agony. Just because you don’t like someone’s opinion, doesn’t mean others don’t, and frankly, others have just as much right to their chosen guests as you do. By protesting, you’re just giving that person you hate more of a voice. For example, I had never heard of Milo Yiannopoulos before he was banned from Twitter. There was all this fuss, so I googled him. Now that the kids at UC Berkeley have protested, a whole other group of people who had never heard of him are now looking him up. You wanted to silence him, but all you really did was give him a bigger audience. 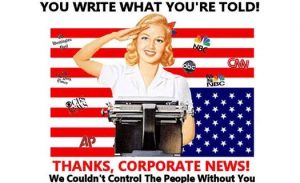 So now we have to ask ourselves, who is benefitting from all this hate? Who is profiting from all the riots? Who is trying so hard to divide us, and why? Whether you’re a conspiracy theorist or not, you’ve got to be able to see that there’s something bigger at play here.

Then, if you truly want to go out and do something, do something useful. Go volunteer somewhere. Make your grandma dinner. Donate some money to a charity. Go meet with your local politicians and make useful suggestions, or volunteer with them. If you’re passionate about women’s right, donate time, cash or goods to a shelter, or if you feel the need to defend rights, maybe pick somewhere where women truly don’t have them. (Like the Middle East or Africa) Think people need housing, go volunteer with someone like Habitat for Humanity. Like animals? There’s plenty of shelters that need help. Find something constructive. Hashtag activism isn’t really activism. It’s lazy, and doesn’t help channel your rage into anything useful. Rioting and smashing down windows in Starbucks isn’t helpful either. Take that anger, turn into into passion, and do something great with it. Pick something that’s actually meaningful to you, don’t just jump on whatever the next twitter outrage is, then forget about it 10 minutes later when the next outrage hits. You can’t do anything useful if you don’t stick to it.

Most of all, open your heart and your mind. Embrace your fellow man. Don’t let yourself be manipulated by the man. Remember the golden rule, never Discuss Money, Religion or Politics in polite company, and it’s up to us to be polite company.