Why So Much Hate Australia? 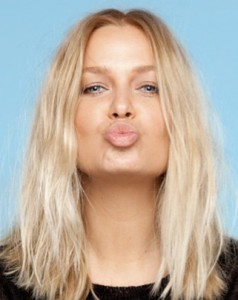 Since Channel 10 likes to geoblock, and nobody has posted it onto YouTube yet, I haven’t actually been able to watch Being Lara Bingle yet. However, since I do use Twitter and read the Aussie papers, even while being deployed with the Guard, I know that Lara Bingle has a reality show and that it started to air this week. I also know that there are plenty of haters out there.

I guess after all I went through in the last couple of years I shouldn’t be shocked by all the armchair heroes with internet access spouting hate towards anyone and everyone, but sadly, I guess I just still expect better from people and am saddened when I read so much bitterness and hate directed towards someone who is simply trying to live her life and be successful at it. When I read Australian papers and all the comments from the Aussie public, it actually makes me glad that I moved away. The Tall Poppy Syndrome in Australia was always ridiculous, but now it’s just sad. I’ve learnt to love America. It’s a place where people are encouraged to dream big and go for it. If you want to be an actor, a reality star, a business person or athlete, people will support you and encourage you and be happy for you if you make it. In Australia, everyone loves “the little Aussie battler” but the moment that person makes it, the minute they achieve their dreams, they become a pariah. They’re an arsehole. They’re a jerk. They’ve become too big for their boots. Are we still that angry over our convict past that we hate anybody who might be a step above us? (Even if it’s only a perceived step)

If you really don’t like reality TV, then don’t watch it. Go watch your high brow ABC or SBS series. Sometimes people want to just switch their brains off and enjoy something silly. Hence, why there are so many reality TV shows these days. Don’t kid yourself, MasterChef is a form of reality show. Most travel shows are a form of reality. Then there are actual reality shows, like the Kardashians, (who Aussie’s seem to love) there’s Jersey Shore, and now, there’s even Mrs Eastwood and Company. That’s right folks, Clint Eastwood, Actor and Director Clint Eastwood is on a reality show. I think when Clint Eastwood starts doing reality TV, we need to accept that it’s just a part of accepted mainstream television.

I also don’t like the famous for being famous cliche. Reality TV is just as much work as making a scripted TV show. Probably more. If you’re on a soap or drama, you go to work, film, then go home. You get to leave the cameras behind. Reality TV on the other hand means having a cameraman with you about 12-18hrs a day. There is no going home and unwinding. You’re always working. Even when Kim Kardashian goes on vacation, she’s working. Personally, I think being that famous would suck. What’s the point of having enough money to go anywhere you want if once you get there you can’t leave your hotel room because you’ll be mobbed?Plus, none of these people are actually famous for simply being famous. There was a reason they got a reality show in the first place. They didn’t just go out and pick some random off the street and decide to give them a reality show.

Anyway, back to Lara. Unlike Kim, who became famous for being friends with Paris Hilton, her dad representing OJ Simpson and then making a sex tape, Lara was a model who was the international face of Australia. Sure, she’s had some questionable relationships, and some other incidents. But if we’re honest, which one of us hasn’t fucked up at one time or another? The only difference is that most people don’t have their mistakes shown on national TV or the cover of the newspaper.Most people probably couldn’t handle that kind of scrutiny either. I was amazed at her control when interviewed on The Project or B105. I wouldn’t have been that polite….

Power to Lara. If she can make money at being herself, then why not? If you don’t like it, don’t watch it. Just don’t be a douchebag and act like you’re so intellectually superior that you think there’s no need for Being Lara Bingle and that it’s the downfall of society. Not everything has to be mentally stimulating. Sometimes, we just need a good laugh.

So Lara, good luck with the show. Milk it while you can. I hope they sell it to the US so I can watch it over here.