Getting justice can be a long slow road, that sometimes feels like it’s never going to end. For many people, it never does. Their cases are stalled, their investigations halt, and people feel helpless.

Even in my case, people had been to the police before, and nothing had happened. It wasn’t till Woman’s Day and A  Current Affair spoke of my story, that justice was eventually found. It wasn’t easy going public, but eventually it led to a court case, Robert was found guilty, and there was a glimmer of hope that if I could take down such a high profile pedophile, maybe others could do the same with their perpetrators. 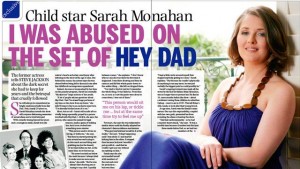 So it’s logical for others to also contact the media hoping they will be able to do the same for them. I think if you’re strong enough to go through it publicly, and do whatever you need to do to take your perp down, then go for it. There’s a few things you need to know before you contact the media though. I’ve had several people message me, very disappointed by the response they got, or lack of a response from the media. I want people to have the right expectations, so they’re not let down again. 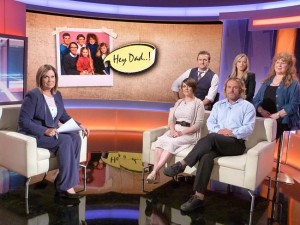 I’m not going to insult anyone by saying my case was no different. We all know that being a former actress, people were going to be more interested in my case. I wasn’t so sure when I first signed up for Woman’s Day, but it soon became obvious I was delusional thinking I was just a has been nobody was interested in. Hindsight, of course my story was going to be a big one. But being famous isn’t going to be the difference between me and you getting your story on TV. The biggest hurdle when it comes to media is that they need at least three people to back up a story before they can air it. Without three people corroborating a story, it leaves a network open to defamation and lawsuits, something a media outlet won’t risk. There are ethical standards they must meet, and even I had to sign a bunch of legal paperwork before any of my stuff was aired. Other people backed up my story, and we could proceed. There was a lot of nervousness, because it wasn’t just Robert we were going against. His partner, Robyn, was highly regarded in the industry, and an attack on Robert was also an attack on Robyn. Point is, when you go to the media, make sure you have at least two other people who are willing to back up your story. If you have any photographic evidence, written evidence, anything at all, make sure you let them know. They are powerless to help you without it. Unfortunately, they need as much evidence as the police do…

So I’m not saying don’t go to the media. I think the media is there for all of us to use, not just former child actors like me. But just go in with realistic expectations, so that you’re not disappointed if they can’t help you. 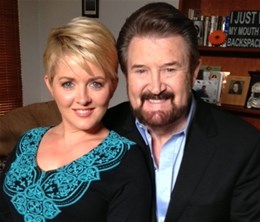 Make sure you’re prepared for what can happen if your story does get aired. Every pedophile with internet access will attack you. All the social media trolls will attack you. You can never make it go away. Once it’s out there, it’s out. You might find it helps to bring forward other victims and witnesses, but it can also go against you if there ever is an actual court case resulting from it. Still not saying don’t do it, but I want you to be prepared for all the possibilities. – I wasn’t.

Late edit: It’s really hard for the media to deal with minors, or even people who are now adults, but were minors when the abuse occurred. It’s illegal to name a child victim, even as a parent. Remember how my name was all over the place, and then it disappeared? Once Robert was charged, I was officially a victim, and they had to suppress my name. There’s all kinds of legal minefields when it comes to kids. Each and every case is different, and it will depend on whether the reporter thinks they can do your story justice with what you have available. No reporter wants to make your case more difficult, which can happen if not done right.