The Polish Government is looking to overturn extradition hearings for Roman Polanski.

Well, it certainly seems to be the year that Celebrity Sex Offenders are getting hit with the spotlight. I woke up to news this morning that questions are once again being raised about Roman Polanski, and the hope that he might finally have to pay for raping and sodomizing a 13 year old girl back in 1977.

Roman Polanski drugged and raped a young actress/model at Jack Nicholson’s house after inviting her over for a fashion shoot. He gave her alcohol and drugs, and then sexually assaulted her, while she cried and told him no. She told her mother what happened, and Polanksi was arrested. He initially denied it, but then pleaded guilty, in exchange for a plea bargain. After undergoing court ordered psychiatric tests, he fled the US, fearing he would get serious jail time. He went to France, where he was also a citizen.

Now, even though he admitted raping a 13 year old child, he continued to make movies, and big stars continued to work with him. Because, we all know by now that Hollywood types don’t give a fuck about kids getting hurt, as long as they get a fabulous role, and keep making money.

Fast forward many years, and people forget that Polanski fled the country to avoid doing time after he admitted raping a child, and everyone is still fawning over him. Because, you know, he’s an artiste, and that’s way more important than the girl getting some form of justice. The poor guy even had to miss the Oscars in 2003 when he won for “The Pianist”. There was a huge pity party for him, and everyone thought it was unfair he couldn’t be there. Hollywood took the side of the rapist once again. Don’t worry about the victim. “It was a long time ago and we should all just move along”

In 2009, Polanski went to a film festival in Switzerland, and was arrested. The US was still trying to extradite him. The extradition request was denied, and Polanski was safe once again. By 2010, the victim, Geimer, asks the court to drop the request, due to health problems surrounding the constant publicity of the case. She was probably sick of hearing people like Whoopi Goldberg declare that it wasn’t “rape, rape” and she should get over it. Everyone had an opinion on it, and I can’t imagine how badly it must have affected her. I only had to deal with listening to a few millions Aussie’s have an opinion on whether Robert did it or not, and whether I should care so many years later. Geimer had the US and Europe discussing her case, for decades. I think at some point you’d go bat shit crazy and ask to have it dropped too.

Fast forward, and after a couple more extradition attempts, and Hollywood still praising Polanski, and today, someone in Poland, who probably has a conscience, has decided to look at overturning the denial of the extradition order.

What gets me is that it’s not 38 years since he committed the act of raping and sodomising a young girl. As lenient as courts are to famous people, and the fact he took a plea deal, he wouldn’t have gotten a slap on the wrist. He would have served a very minimal amount of time, been released, and allowed to carry on with his life. He’d be back out directing, and nobody would give a shit. (Just look at other Hollywood people who get jailed for child sex offences, like the Director of Jeepers Creepers, who is out and working with kids again) However, by constantly avoiding doing the right thing, he’s now spent 38 years on the run. 38 years of fleeing, and having to work overseas. Not being able to go to certain countries or face arrest and possible extradition.

Now, if he does get extradited, he won’t just face the original time for rape, he’ll also get done for fleeing and avoiding justice.

Hopefully, this time the extradition sticks. Maybe he’ll finally face prison time, and be not rape raped in prison….

I’m sure when he gets out, everyone will rally around him and help him get back to work as quickly as possible. Because, Hollywood. 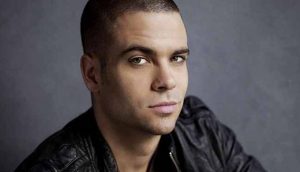