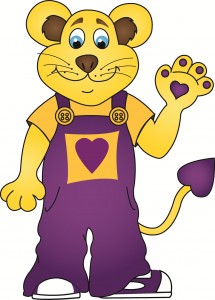 Just wanted to share an email I got from Bravehearts this week.
BRAVEHEARTS have applauded LNP leader Campbell Newman for his new election promises regarding child protection across Queensland.
The new commitments include $4m to trial a Fostering Families program to help at-risk families and children; $2.5 million for child counselling, telephone support and school education about sexual assault and a two-strike policy for people who commit sexual offences against a child.
Bravehearts Founder and Executive Director Hetty Johnston commended LNP leader Campbell Newman for his strong focus on the safety of children throughout Queensland families.
“We have been an advocate for the ‘two strikes and they’re out’ mandatory sentencing policy for repeat child sex offenders for years and commend the LNP for their new election promises,” said Ms Johnston.
“It is our position that child sex offences need to be considered with the upmost gravity. The reality is that child sex offending is a compulsive, addictive behaviour that impacts on victims throughout their lives, sometimes with devastating consequences.
“Bravehearts has advocated for a specific, targeted two strike legislation as a response to habitual and persistent child sex offenders and we applaud the LNP for their focus on this issue and ensuring this is a priority in the top five election policy promises.”
“On their first conviction offenders should receive support and programs aimed at reducing their likelihood of reoffending. However, if they reoffend, we believe there should be a mandatory life sentence for any second contact child sexual offence,” said Ms Johnston.
“Such legislative reform should include consideration of non-contact offences, which can be as harmful and as serious”.
In addition, Bravehearts applauds the LNP’s commitment to increase funding to both counselling services for children and young people and education programs.
“The proposed additional funding to counselling services and school-based prevention programs is welcomed. Services are currently stretched to their limit trying to respond to the need for specialist, therapeutic support for victims. Our waiting list for counselling has been unacceptably high for too long”, Mrs Johnston said.
“The need to support schools in providing effective personal safety education programs is vital in our battle to combat the sexual assault of our children. To have any impact on this crime that effects one in five of our children, we have to get serious about investing in prevention programs.

“We applaud the LNP for moving forward to protect our children to the best of our ability.” Mrs Johnston said.