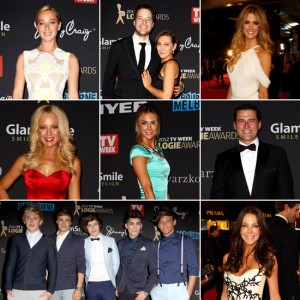 Lets face it, while the Logies are fun, and a cute little get together for Australian talent, along with the seemingly obligatory international act and guest presenter, the Logies isn’t a big deal outside of Australia.

Sure, everyone gets together, has a drink, there’s some awards passed out, but it’s not the Oscars,  the Emmy’s, the SAG Awards or the Bafta’s. The event isn’t televised around the world, with hundreds of millions of people watching from all over the globe.

So when Australian Fashion week falls on the same week as the Logies, I can understand why the big designers aren’t falling over themselves to make sure the locals are wearing their stuff. They simply have a bigger event going on. One that WILL be seen all over the world.

But, while Alex Perry, J’Aton and the others are focused on Fashion week, this does leave enormous opportunity for up and coming designers to finally get a dress on someone. It’s hard as a new and emerging designer to get anybody to pay attention to your dresses if they’ve got some big name designer willing to gift a dress to a star. However, with all the big names not offering their wares, it’s a great time for actresses and their stylists to be making friends with the next up and comer, and start making long lasting friendships.

I hope all the young designers out there are also taking this opportunity to reach out and get their dresses on everyone. Trust me, while the girls can’t get a major designer, they’ll be very grateful to be getting a dress, especially one that they know won’t be worn by another girl that night. Or worse, that they have to go out and buy off a rack somewhere! You might get lucky, and if you get it on a star who then makes it to an awards ceremony in the US or the UK, they’ll remember you, and might choose one of your dresses again for the international awards, where you 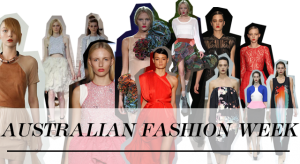 ‘ll get big time exposure. My tip – looking at all the Home & Away people making it in the US right now, get your stuff on one of them. Any of them!

It’s also a golden opportunity for any of the stars who want to dabble in fashion to dress themselves. If I was walking the red carpet this year, knowing I wasn’t going to be constantly trumped by a Dior or Versace or Alex Perry, I’d totally take the opportunity to wear my own design. I’d design it, have it made, and swagger down that red carpet. I’d make sure I was photographed with everyone, especially the international guest, whose photos might make it overseas. A star couldn’t ask for a better year to wear their own designs.

I know I made fun of the Logies a little, but they are a good time, and excellent exposure for people within Australia.  I hope everyone has a super fun time, whether they’re getting their drink on at the Logies, or oogling the beautiful new stuff at Fashion week.

I’m super jealous of those of you who get to attend both!