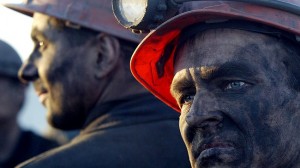 Do you ever see an article in the paper and just feel absolutely no sympathy at all? Maybe I just woke up grumpy, or maybe it’s because my new comat boots have arrived and Matt laughed at me for walking around the house in them and nothing else, but when I read the story on the poor sex lives on West Australia’s miners, I just thought, Wow, Suck it up. Are these people serious?

Don’t get me wrong, I completely understand what it’s like to be in a long distance relationship. My first husband, (yes, I was married before) was in the US Air Force. He was in a unit that was always deployed. BEFORE the war. I spent most of my time in Australia, and flew back and forth to visit him. We had been friends since we were teenagers, so we decided to go back to being friends. We both met our new partners while we were still married, and when he comes to San Antonio for training, we all go out for a beer together.

Matt was on the road for the first 8 years we were together. We met because he was working in Brisbane. He has also worked in China, Canada and in almost every state in the US. Back during the tech boom, he used to fly up to Canada and back every week. Eventually, he asked his boss to just let me come up there and overlook the extra expenses instead of flying him home every week. It worked out cheaper for them, so they did. Then, Matt took a different contract. He was all over the place, most places for one or two weeks at a time. Eventually, we bought a motorhome and could travel together. We didn’t like being apart and we missed each other. Of course, me traveling with him meant that I couldn’t really work. We never knew how long we were going to be in each place. Finally, while were were up in Iowa, where I actually did get a part time job teaching acting, Matt got a full time permanent stay at home daytime job back in San Antonio. 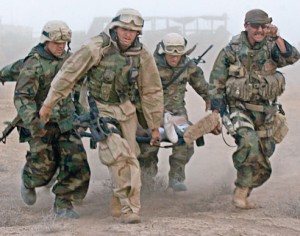 The thing about San Antonio, it’s a military town. It has 3 major bases. Lackland AFB, where they train every new airman in the USAF. Randolph AFB trains some very advanced pilots. Fort Sam Houston in a HUGE Army facility, BAMC is attached, which is Brooke Army Medical Center and is one of the leading trauma and burns hospitals in the US. There’s also Brooks AFB, Camp Stanley and Camp Bullis. You’ve also got a bunch of smaller national guard armories. Basically, you can’t get from point A to point B in this city without seeing someone wearing a uniform or displaying Purple Heart or Disabled Vet license plates.

Sure, all of the people in the military today have chosen to be in the military. We no longer have a draft. However, many people join for the benefits. The military has great health care, housing and they’ll pay for your college. Of course, there’s also long deployments and the chance you’ll be killed in a desert in the Middle East somewhere. Or any of the other 100+ countries the US currently has troops stationed in. At some point in your military career, you’re supposed to do a long deployment. Lots of Airmen end up on a year tour in Korea or Japan. If you elect to take your family, you have to do 2 years. If however your spouse or kids are attached to their home, you get to go alone. You don’t get to fly home every 2 weeks to see them. They don’t get to come see you. If you’re getting shipped off to Iraq or Afghanistan, you might be gone 6 months without a trip home. If you make it home. Some people have already made 3 or 4 tours of the ME.

While the military folks do get good benefits, it’s not the hundreds of thousands of dollars a year miners are making. Miners aren’t getting shot at, don’t have to go for weeks without a shower while down range, don’t have to worry about ending up on a video on CNN with a gun to their head. Sure, there’s mining accidents, but that’s a risk of the job too.

Every job has it’s good points and bad points. Everyone has to make sacrifices. Life is not always rosy.

But surely, while we’ve still got boots on the ground and have good men and women coming home in body bags, do we have to see money spent on a study of miners making sure they’re getting laid?