‘I would never wish my upbringing on anyone’ 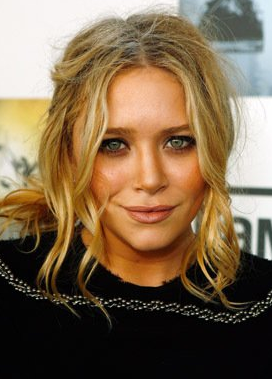 This seems to be a recurring statement among former child stars. This time, it’s been uttered by Mary Kate Olsen, one half of the Olsen twins who grew up on Full House.

The twins started on Full House when they were only a year old. They appeared in dozens of movies and were self made millionaires by the time they were 10 years old. On paper at least, they’ve been producers since they were kids and are now successful entrepreneurs, with their own fashion line.

Like most Former Child Stars, they feel like they missed something from their youth. They didn’t get to do normal kid stuff. While other kids were out playing and having a good time, they were inside working, expected to act like adults.

Reading comments on the twins, especially in the article linked above, people just don’t get what it’s like to be a child actor. Everyone says, Boo Hoo, Poor you and think you’re a spoilt brat. Sure, she may have money, but money can’t buy you happiness. It can’t buy you love and it can’t buy your sanity.

Everywhere these girls go, they’re scrutinized. They’re followed by cameras. They’re being judged. Most people have no idea what it’s like to be constantly talked about. People have this obsession with fame and want to be rich and famous, but they don’t get what it really means. Just because you’re out there on Twitter and giving too much information on Facebook doesn’t have any correlation whatsoever to what it’s like to really be famous.

Growing up on television and in the public eye is way harder than people think. It’s hard enough going through puberty as it is, without the entire world discussing your first period or first bra. Imagine if your first kiss is scripted. Most people fondly remember their first kiss. What is that was taken away from you by some producer who wanted you to kiss someone for a scene? How do you find your first real boyfriend? How do you know they aren’t just there for the fame? How do you lose your virginity without wondering if you’re going to end up with a sex tape?

Being a child actor sucks. There’s a reason almost everyone in the industry says they’d never let their kids act and why most former child stars agree it wasn’t a good upbringing. There’s child labour laws preventing most kids from losing their childhoods to work. Somehow, that doesn’t translate to media. It’s OK for kids to work, to be treated like adults, to be exposed to adult situations. I don’t get it. I know it would be hard to make television or movies without kids, but I still think more should be done to keep kid actors as kids and help them get the most out of being kids. Growing up too quickly fucks a lot of people up. Just because you’re famous doesn’t make it any different. It just means more people get to call you a screw up.