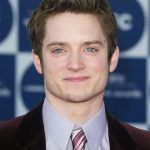 Yesterday, someone posted a link to my FB page with an article about Elijah Wood. A couple hours later, I got a text message from another friend, linking to an Elijah Wood article. I then saw a radio station with an idiotic link to the same article, with a “I can’t believe it!” caption. Which made me wonder, Why can’t you believe it? What I can’t believe, is how many people recently have spoken up about predators in the entertainment industry, and each time, the public acts as if it’s the first time they’ve heard it. Maybe because I’m so vocal about it, and I was successful in sending one of those predators to prison, maybe that’s why when I woke up this morning I had another half dozen people alerting me about Elijah Wood speaking up. I think it’s great that someone else, someone still working, someone who people might actually listen to is speaking up. People like Barbara Walters won’t be able to belittle Elijah like she did to Corey Feldman when he spoke up about being passed around, implying that Corey was a druggie and shouldn’t be believed, before declaring that he was “destroying an entire industry”. Unfortunately, most of the people who have spoken up so far have been the ones who have been damaged by the industry they’re talking about, and the elites simply run a smear campaign, and it goes away very quickly. But even if one of those elite is found to be guilty, like Jeepers Creepers director Victor Salva, they do a miniscule amount of time, and then go right back to working in the industry, embraced by their fellow predators in the industry, and given a green light to work with kids again.

I can’t believe people are shocked every time this subject comes up. I’m amazed at how quickly people forget about the last dozen people who have spoken up and said the exact same thing. I don’t understand how people can possible think that Hollywood is exempt from this kind of thing, when it’s so prevalent in regular society. Why would Hollywood be missing out? People accept the casting couch with pretty young girls is common, why is old men preying on young boys unbelievable?

I hope that now that Elijah Wood has spoken up, people finally start listening. Maybe other high profile actors will also start speaking up, and finally, people will start believing those that have been affected. Maybe we can finally start changing laws, and making the industry a safer place for children to work. Everyone at A Minor Consideration knows there’s a huge problem in the industry, and are trying their best to not only change laws, but provide help to those kids that were directly impacted by it.

If you haven’t seen the movie An Open Secret, it’s available on YouTube. Read Corey Feldman’s biography, Coreography, do a google search on hollywood convicted sex offenders, or read about my own story, which took place in Australia, not LaLa Land. Abuse of power is truly universal…

Most importantly, stop acting shocked everytime someone speaks up about abuse by powerful people. When you act shocked, and think it can’t be true, someone who you know in real life may think twice about speaking up about their own abuse. If you don’t believe someone like Corey Feldman, why would you believe them?