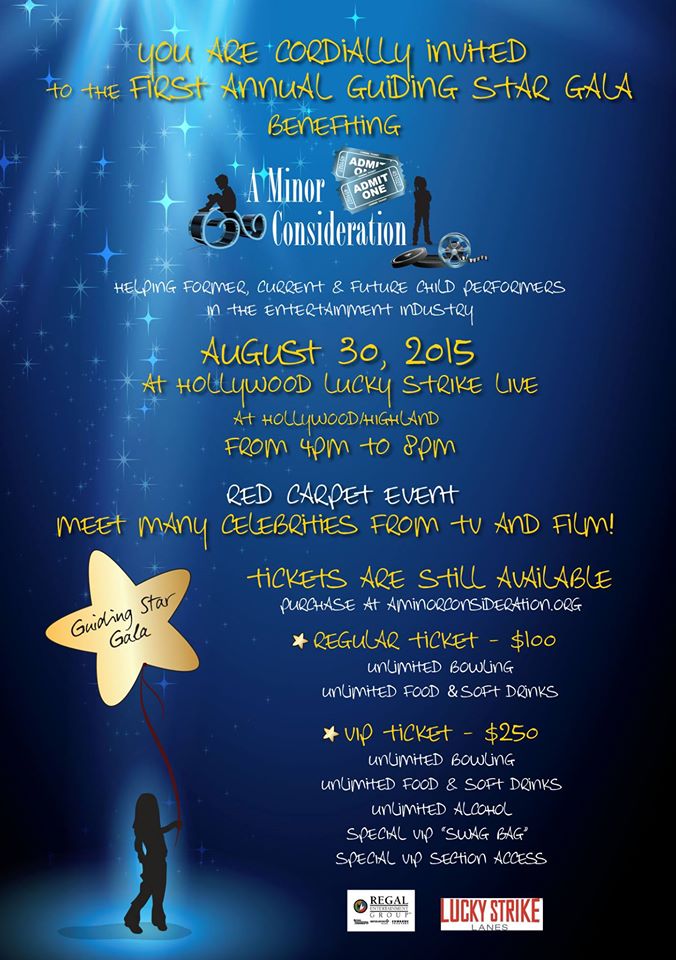 I’m so excited. I just got back from my European Vacation, and now I’m planning my trip to LA to attend the A Minor Consideration First Ever Guiding Star Gala.

AMC is very near and dear to my heart. These guys were there for me during all my stuff going on, and now, I want to pay it back.

They’re holding a big event on August 30th, at the famed Hollywood Lucky Strike Bowl. A bunch of other Former Child Stars are going to be there, and there will be a silent auction, as well as a whole bunch of memorabilia up on eBay. We’re trying to raise money so we can be more effective when it comes to helping out other former and current child stars. AMC has done to so much already to help change laws and make the industry a safer place for kids, but it’s not cheap to change legislation.

If you can make it out to the big event in LA, please come along, enjoy an evening bowling and socializing with your favourite childhood actors. If you can’t be in LA, keep an eye out for details of the auctions. There’s going to be a bunch of amazing stuff put up. Click on the poster above, and it will take you to the AMC Gala Page where you can buy tickets to the event.

I hope to see you guys there! 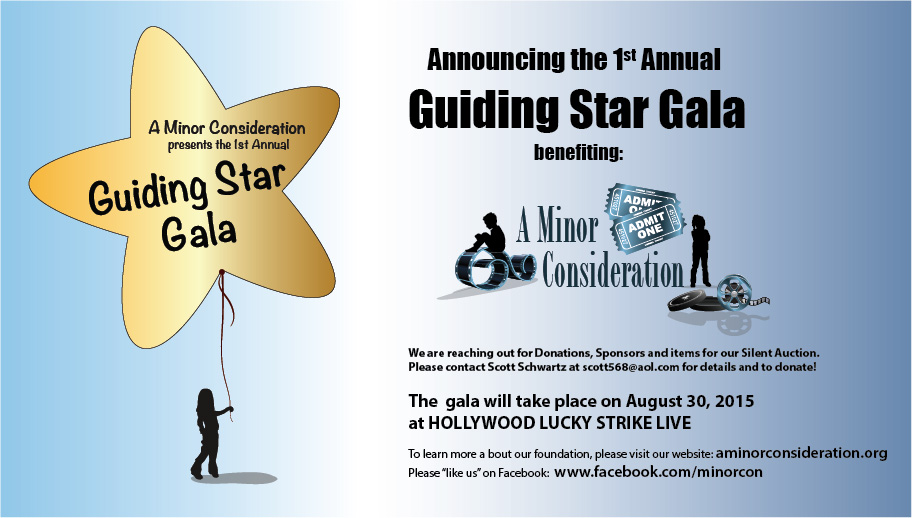