You’re never too young to start working on your bucket list.

My dad was 36 when he died. He died 13 days after his 36th birthday. He had cardiomyopathy, and it was his 3rd heart attack that killed him. He taught me an important lesson, which I’ve never really put into practice, but now that I’m only 3 months away from being the same age he was when he died, I’m going to start putting those lessons into practice.

Dad could have had a heart transplant, but he would have had to change his lifestyle. He was a fashion designer. He loved to travel. He went to Disneyland 11 times. He was a bit of an alco, and he had a mistress. But he packed more into his 36 years than some people pack into 90. Dad didn’t want a transplant because he liked his life the way it was and if he had surgery, he’d have to be on medication forever, he’d have to give up alcohol, riding the Matterhorn, and maybe even the mistress… He said he’d rather die young but live a full life than grow old but be bored to death. I miss my dad, and wish he was still here, but I’m glad he went out with a bang. (Literally. He came home from a “business trip” that involved the honeymoon suite & lingerie) Mum got the CC bill….

His important lessons included Dress for comfort and not for style. You can’t please everyone so you might as well please yourself. You can claim you’re going to see the fashions in LA but you’re really going to Disneyland. He also taught me that you might not live to old age, and you should live life to the max while you can. You can’t keep putting the good stuff off until you’re too old to enjoy it. So I’ve been thinking about my bucket list. They’re kind of divided into two categories though. Some are regular civilian things that I want to do, and some are more along the lines of things I wish I had done when I was young. I can’t believe I’m at an age where I wish I had done things when I was younger, but hey, I’m a former child star, and we have slightly different childhoods than most…

I guess I can start with the kid stuff, cause maybe when all this court shit is over and I can come out from under my rock, I can get some of it done. Unlike today, when kid stars are everywhere, we were meant to be seen and not heard. We didn’t get to rock a bunch of red carpets, or do all kinds of awesome photo shoots. I remember I wanted to be on the cover of Dolly magazine so bad. Apparently I got a pic on the inside of a 1992 edition, but it’s a picture of me as a 3 year old in a tracksuit. – Not quite the glamour look….

I still think it would be fun to do a full glamour photo shoot. I’m too old for Dolly now, but I want to dress in couture, be fawned over by hair and make-up for hours, and still be photoshopped like crazy. I want to spend a day being fabulous and then have a bunch of beautiful shots that I can show off to the folks at the old people’s home and say, See, I was hot once.

I’d like to get in shape this year. I want to get motivated to work out, eat healthy and look fabulous in case I get asked to do a photo shoot. Also, so I don’t have a heart attack while I’m 36….. I know it’s a physical impossibility, cause she’s 5’9″ and I’m 4’11”, but I’d like to get into Miranda Kerr kinda shape. She’s so beautiful. Although I think the reason I love her so much is because she always looks like she’s so happy. She just radiates happiness. It’s so refreshing.

I’d like to go to an awards ceremony as an adult. They’re really not all that fun as a 14 year old. You can’t drink, hook up, go to after parties, etc. I don’t want to hook up, but the drinking and partying would be fun.

That’s actually about it on the childhood stuff. I thought there’d be more….

As for regular stuff, there’s a much bigger list. First of all, I’m looking forward to court. I want to get that part of my life taken care of. I want to really get involved in changing laws to make the world a safer place for kids.

I want to pamper myself a little. 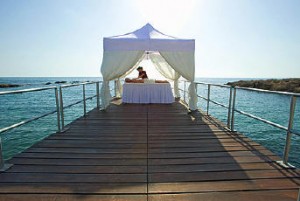 I want to take a trip with Matt to Italy to visit our exchange student, Giulia.

I want to do some more scuba diving. I want to document it & share all the cool locations with everyone on Going Down.

I’d like to meet my new niece, and see my nephew again.

I’d like to do a crazy celeb reality show where I get to win a chunk of change for charity.

I want to build an earthship at the ranch.

I want to be the breadwinner for a year so Matt can take a year off & do whatever the hell he wants.

I’d like to learn how to do my own hair & makeup. (And actually look good afterwards)

I want to take Matt on a Kardashian style vacation where it’s totally first class. 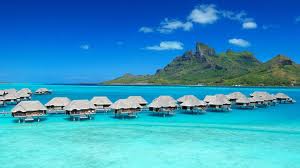 I’d like to grow olives and grapes and release my own lines of Olive Oil and Wine.

I want to kidnap Lindsay Lohan, help her work out what’s wrong, how she can fix it, keep her away from the paparazzi for a while and then re-release a new fabulous LiLo on the world.

I want to make a movie or show that uses a bunch of former child stars, ala Dickie Roberts.

I want to buy a small yacht. 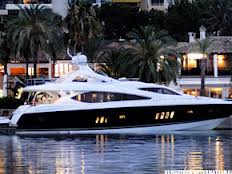 I want to start a retreat at the ranch for current & former child stars where they can chillax away from the media.

I want to have a law named after me.

I want to do something awesome that people will always remember me for. – I don’t know what this is yet, but it’s going to be awesome!

After seeing 10 years of the G’Day LA events, and every year saying we should go next year, I’d like to actually go to LA for the weekend and attend the Black Tie Gala. 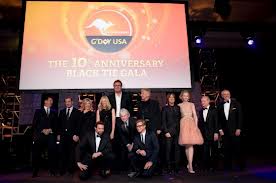 I think that’s all that’s on there for now. Like most people, I’m sure I’ll add to it. When I look back at articles I did as a kid, I’m surprised at how many I’ve already crossed off my list. In one article I wanted to be in the Army when I grew up. Another I wanted to own a ranch in Texas or Montana. So there’s at least two done. 🙂