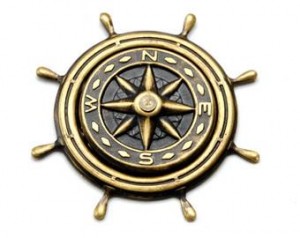 You ever feel like you’re having a mini mid life crisis? I think I’m having one of those right now.

I’m 37 years old, and honestly, I have no idea what I want to be when I grow up. I have a great job. I get paid lots of money to sit in an office and do a minimal amount of work. I should be grateful. I know I should be happy. But, I’m not. It’s boring and unfulfilling.

A few years ago, I had a long look inside and wondered what I wanted to do. Matt and I sat down, and thought about all the things I loved. The happiest people do what they enjoy, and turn that into a living. Success isn’t about how much money you have, but how rich you feel. Rich to me isn’t about cash either. It’s about quality of life. Happiness. Waking up and felling like you’ve got a purpose.

So, I knew I liked SCUBA, I knew I wanted to try to go back to working in the media. Not really in front of the camera, but producing. I started Going Down. It was freaking awesome. There was always something new and challenging. I enjoyed looking forward to setting up the next location. I loved meeting new people. I was amazed at how much more respect people gave you as a “Producer” than as an actor. Then, I was asked to talk about all the shit that went down on Hey Dad..! I didn’t want to at first, because I felt like I was finally on a path in life. But, I knew it was the right thing to do, so I did it. Then there was all these people claiming I was only coming forward to promote Going Down, which was a load of shit. So, I shut it down. No more diving. No more travel. No more meeting awesome people. No new challenges.

The last four years have been a challenge, but not the good kind. I know I’ve changed as a person. I know it made me stronger, probably a little smarter, and a little bitter. I kept looking forward to it all being over. For four years, you just wish it would all end. Finally, we went to court. We put the bad man away. It’s not quite over, he’s still appealing, but I’m pretty much done.

So now I don’t know what’s next. The last four years I’ve spent focused on getting to court. I’ve focused on putting him away. I’ve had a few months now to decompress. I was looking forward to campaigning for new laws. To change some things. Honestly though, it’s just so hard to do anything effective in Australia when you’re living in Texas. I want to be a great ambassador for kids, but it’s a challenge when you’re 13,000 kms away.

So now I’m trying to work out what’s next. Do I start Going Down again? Do I go back to acting? I never thought I’d go back to acting, but I think it might be good to try it again, as therapy more than anything. I want to change my memories of working in TV, and know it’s not all sleazes and assholes.

I love to create things. Do I follow in my dad’s footsteps, and design clothes? I love fashion. I love make-up. I love color. I’ve had so many people tell me I should be a stylist – I’m pretty brutal about what does and doesn’t look good on someone.

I like to write. I’ve thought about studying journalism. I like to help and heal people. When I joined the guard, I was going to become an EMT…

I guess for now I’ll remain at my desk, filling out reports. But I’ll be doing lots of soul searching, trying to find direction….

2 Replies to “Searching for Direction”