I know there’s people who think because of his age, Rolf should have a more lenient sentence. But this is ridiculous. 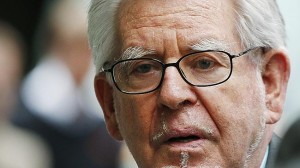 So not only was Rolf Harris given a very short sentence, but now we find out that he’s only going to spend 4 weeks in a real prison, before being sent off to some cushy prison camp, where they don’t even have fences, or make people stay in their prison cell. Sounds like the place Derryn Hinch talked about. Where the prison was nicer than some old folks homes, and the people certainly ate better.

If he had been caught when he was 40, 50 or 60, would they have given him such a lenient sentence? Just because he’s old, doesn’t mean he should be treated easier. Predators like him who attack young children, who have no care that their victims have to live with it for their entire lives, which could mean 50 or 60 years. These people are given leniency because of their age. They’ve gotten to live long free lives, able to attack so many people. Letting them serve a couple years and then releasing them to go home and live out their twilight years in peace? Pfth. Their victims aren’t given that courtesy.

Hopefully in his couple of weeks in jail he will learn what it means to constantly watch your back. To be nervous when someone approaches. To always have that little bit of fear. Not saying I hope anyone physically attacks him, but someone like him will probably learn a healthy dose of fear just from the verbal taunts. Still better than what his victims got.

If you’re still wondering whether to come forward about your experiences, do it. Don’t let the Harris sentence put you off. Even though his sentence is light, his reputation in ruined. His victims will be entitled to compensation. – If he hasn’t already hidden it all, I’m surprised he didn’t have his lawyer spread rumours he was bankrupt 😉

Let’s all start speaking up. Let’s teach these people that they can’t get away with it. Let’s show the next generation that we’re not going to tolerate it.

One Reply to “Rolf moving to prison camp”