Reality TV is here to stay. Producers have worked out that it’s cheaper to produce, it requires less crew, and it can be made quickly.

Actors and people who are from traditional television despise reality TV. Probably because they know that the more hours of reality TV there is, the less hours of scripted shows, which means less jobs for them. There’s also a lot of really awful reality TV out there. However, there’s also some reality TV that  is pretty interesting to watch.

What I don’t get though is why people say that reality television personalities are all no talent brainless people who just walk around doing nothing and getting filmed. Then it gets edited to be interesting. They’re all just attention seekers who should get a real job.

Here’s the thing. It’s gotta take balls to be on reality TV. You also, for the most part, had to have some kind of talent to get on reality TV. It’s not like you can just call up MTV or E! and say you’d like a reality show and they’ll give you one. There’s also some major differences in how you work.

A traditional actor has someone write all their lines for them. They have someone who dresses them. They have a make-up artist. They have a director who tells them what emotion to have. They get told where to stand. They have set work hours. The cameras are there while they’re working, and then they go home. Most importantly, they’re playing someone else. Actors are secretive people. They talk about how they have to be choosy with parts because they’re worried about what people will think of them. They’re super careful in interviews, because even their real lives are mostly carefully crafted  fronts. Another character almost. They’re terrified of saying the wrong thing. Of alienating their audience.

On reality TV however, they don’t get a writer who spends a couple weeks coming up with witty things for them to say. It’s all them. They normally are in charge of their own wardrobe. Sometimes producers will create a scenario for the actors, such as in the Kardashians they’re going to dinner, but after that, it’s all on them. They’ve got to be interesting on their own. People love actors who do some adlibbing. For reality people, it’s all adlib.

There’s also not much private time. The cameras are there, all day, all night. They’re in your bedroom, your bathroom. They’re there while you have breakfast, lunch & dinner. They’re there while you’re trying to get your freak on. When actors go out and party, they hope there’s no paparazzi there to snap a drunken shot. With reality, the whole crew is there, documenting every stupid thing you do….

Reality people have to be very secure in who they are. They’ve got to have the balls to say whatever they

want, and not worry about offending someone. While actors are getting Academy awards for cutting their hair or looking ugly, reality people have to deal with looking fugly while crying and not getting any love for it.

There’s also so many kinds of reality show. You’ve got things like The Kardashians, which is probably the first thing anyone thinks of when they hear reality stars.

But there’s a whole bunch of different types of shows out there. Some are pure mind numbing entertainment, some are voyeuristic, some are actually educational or more like documentaries.

Shows like Being Lara Bingle, Mrs Eastwood and Company and the newest show, Chasing The Saturdays give us a glimpse into the life of people we already know. People that we’ve seen in magazines, or on red carpets. People who we want to know more about. We get to follow them around and see if their life is really as fabulous as we think it might be, or if they’re just like us.Chasing the Saturdays is about a British girl band that’s come to America and trying to make it. If it was a scripted show, it would be The Monkees. Instead, they show the real drama of moving across an ocean, trying to keep it together away from their family & friends. They show it’s not all glamour and red carpets. There’s lots of hard work and tears too. 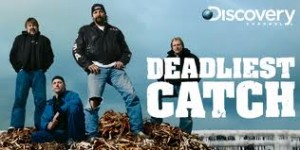 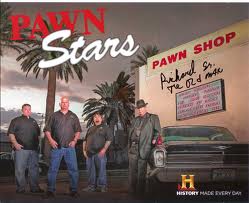 Shows like Deadliest Catch and Pawn Stars are more documentary. In some ways, even educational. Sure, most of the time they edit it to focus on the personal drama, but producers seem to think that’s more interesting than just watching a bunch of regular office stuff.Think of The Office. All that goes into the daily drama of work. But there’s no witty Ricky Gervais to come up with funny punch lines. This is all real. 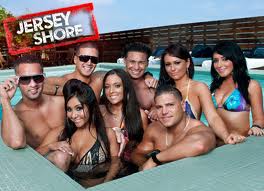 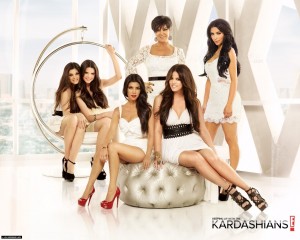 Then there’s a bunch of drama type reality shows, that don’t seem to focus on anything, except the interactions of people. Whether it’s a bunch of people thrown together like Jersey Shore, Big Brother, The Real Life or real families like The Kardashians, it’s about seeing how people interact. It’s about relationships. Shows like Here comes Honey Boo Boo give us a glimpse into a redneck heaven that most people have probably not witnessed in real life. It lets us see how other people live. Honey Boo Boo and The Kardashians are at two ends of the spectrum. One set is poor, and people look down on them for eating road kill. But their mother loves them and is putting all that money into trust funds for them. The Kardashians are rich, and their momma also loves them. She also manipulates them into making money any way possible… Both families though are probably nothing like our own, and it’s interesting to see how people live. Kinda like The Brady Bunch. 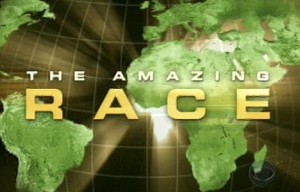 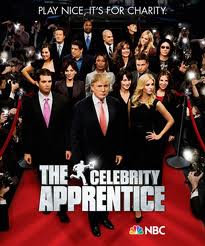 There’s a whole bunch of challenge type reality, like The Apprentice, The Amazing Race, Survivor, even any of the cooking or singing competition shows, like Master Chef, Idol or The Voice. Whether they’ve got celebrities competing for charity, or regular people competing for a job or money. They’re all still entertaining. They still have drama. Sometimes they’re even doing something good for the world, like helping to raise money or awareness about something.

I love good scripted television. I love dramas like House, NCIS and Lie To Me. But I also loves me some Ice Loves Coco or anything where Gordon Ramsey is yelling at people. With several hundred tv channels on cable, there’s more than enough room for all types of shows. I don’t think we should count reality TV as the bastard step-child to scripted TV. I find the real life stuff just as fascinating as the carefully scripted, edited stuff. Yes, there’s a lot of awful reality shows, but there’s just as many terrible scripted shows. I also find myself having more and more respect for those that are willing to just be themselves, who spend hours getting followed around, who have to be witty, smart and interesting without the help of dozens of people to make them look witty and smart and interesting.

Next time, before you bad mouth reality tv, trash a Kardashian, or bash a Bingle, ask yourself whether you could do what they do. If you were followed around all day. Could you handle it. I don’t think I could. Then ask yourself, is what you’re seeing when you’re watching Deadliest Catch  any less interesting than something like The Office. Is the acting on Home & Away really any better than The Hills?

I know thespians and their respective unions hate reality TV. They hate that they’re taking up air time. I think the unions brought a lot of it on themselves. They make so many demands, and make productions so expensive, some studios just can’t afford to make scripted TV anymore. There’s too many channels, not enough advertising dollars. Reality is easy, cheap and in a lot of cases, not subject to unions.

I think reality TV is here to stay, and I’m going to enjoy it.

One Reply to “Reality versus Scripted TV”