Some places like California have laws set up for kids, many places don’t. So while your ten year old can’t go work at a store, or even on the family farm, you can send them off to work on a movie set, where contrary to popular perception, the work is much less than glamorous. Filming can be long, hard, and tedious, and sometimes even dangerous. You might be working outside in snow in winter, or in the heat of summer, with no AC, or even shade. You might end up working with a sex offender, and good luck getting anyone to do anything about that. Animals normally have a handler, and laws to protect them, making sure they get breaks for water, and to rest. Kids in most states do not even have that.

Now, there’s a huge crop of reality shows based around kids. These ones have even less protections. Most reality shows are scripted, and it’s not just cameras following kids around. Jon from Jon & Kate talked about how they would do retakes if the shot wasn’t right, and they might have the kids up at 2am, outside in the snow, trying to film. He got tired of it, and wanted to protect the kids. Kate didn’t care, she was making money, and getting famous. Even better, the kids were exempt from their own contracts in the beginning, so all the money was going to the adults. 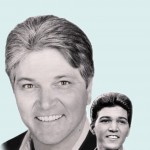 I could argue the child labour issue of kids in the media till I’m blue in the face, but it’s probably just easier to let Paul Petersen do it. He’s my personal hero, and he’s been fighting for kids in the industry for years. Paul started A Minor Consideration, and here he is on CBC radio, discussing the laws. It’s about 12 minutes long, but very worth your time.

A Minor Consideration is there for all current and former kids in the industry. If you’re a product of the industry and need help, contact AMC. If you want to help out, you can make a tax deductible donation, or attend our first ever Gala event in August. All money raised goes to helping fight for the rights of the innocents of the industry. 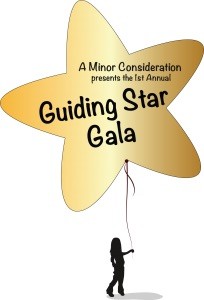 One Reply to “Kids on reality TV”