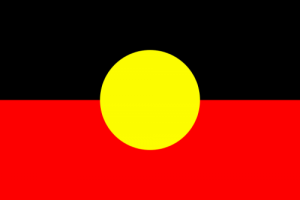 I moved away from Australia in the early 2000’s. It was right as the government was taking it’s first steps to say sorry to the Aboriginal people for the stolen generation.

As I’ve watched Australia from afar, it seemed like the country was taking great steps to right past wrongs, to embrace the indigenous community, and provide more assistance for Aboriginals to go back to a more traditional way of life in their communities, or provide them with education in the cities if they chose.

As someone who had been gone for about 15 years, I was impressed at how much things had changed when I returned home last year, and at a Film Festival, each person stood up to speak, and the first thing they said was they wanted to acknowledge the traditional holders of the land, named the local tribe, and then moved on. At first, I was like “Wow. I could not have imagined this when I left all those years ago. We’ve really changed.” But as three people spoke in a row, and all recited the same verse, it felt a little less genuine, and more like people feeling the need to be PC and grandstand about how enlightened they were. Or were afraid if they didn’t also say it, they would be seen as somehow racist. It’s not really a change in mentality if it’s not genuine, you’re just saying something because you have to.

Then, more recently, there was discussion about child abuse issues within Aboriginal communities, and whether children should be placed with other indigenous people, or if they could be fostered by white people. (Or anyone outside the Aboriginal community) I noted that several networks discussed the topic, but it seemed to go under the radar until Sunrise had the discussion of how to tackle it. They asked whether it was better to leave a child with an abusive community, or whether it was better to take a child and move them to a place outside the community, and the whole thing blew up into people protesting that Sunrise was advocating for another Stolen Generation.

With the news this week that another young child has been raped in Tennant Creek, and my own interest in preventing child abuse, I went down a rabbit hole of trying to work out how you can try to help prevent child abuse in Aboriginal communities, while not provoking another stolen generation.

As I read further about sexual assault against children in places like Alice Springs, and the amazing amount of violence against women in the Aboriginal community, (Aboriginal women and children are 45 times more likely to be victims of domestic violence than non-Aboriginal women, and eight times more likely to be murdered.) what struck me was the amount of times an offender was let off because it was a “cultural issue”. Countless times, when an Aboriginal man raped a child or beat a woman, he got off by claiming it was his right as an Aboriginal Man to do so.

Judges have been scared to interfere with the community, especially given the terror over black deaths in custody, or to be seen as being unfairly biased against black men.

But what about Aboriginal Women? Why are we saying it’s OK for Aboriginal Men to beat women because it’s “their culture” and we don’t listen to the Aboriginal Women who say it’s not part of the traditional culture, it’s just that their men or drunk or high, and violent?

Are we really telling Aboriginal women that they don’t count when it comes to culture or traditions. That it’s only what the men say it is? Are we really dismissing an entire half of a race?

Can you look at a child who has been gang raped, and tell her that you’re sorry she was beaten, raped, given an STD, but there’s nothing you can do about it because the men who did it told you it was OK because it’s just their way? That you’re not going to move her to a safer place to live, or provide her with any protection because it’s just a part of being an Aboriginal? Or if you do move her, it’s going to be to another community with the same problems, but with different people to abuse her? That she should just get used to it, because he whole life is going to be the same?

Aboriginal culture hasn’t always been violent. Yes, there has been a tradition of arranged marriages, and like any culture, there has always been incest, rape and murder. However, back then, young women in marriages were protected by co-wives and other family members. Before current housing styles, camps were open air, and other people could see violent acts, and step in and protect women and children. Communities self policed.

Now, Aboriginals are policed by white man’s laws, which have traditionally been favourable to the men, and not women or children. Double that down with a white judge who doesn’t know what is truly acceptable in traditional Aboriginal culture, and it’s never going to end well for indigenous women and children.

I honestly have no idea what the answer here is. I don’t know whether Aboriginals should have their own tribal justice system separate to that of the white man, like many Native American communities. I don’t know whether there should be a court system that has judges trained in Aboriginal ways, or whether we need to do more training with the women so they can educate us on their version of Aboriginal culture, that doesn’t give men a free pass to rape and murder. I don’t know how we protect Aboriginal women and children without moving them out of their communities, or how we create equality and education within it. I really don’t know what the answer is, but I think the first step is to have a conversation about it.

However, I’m not sure in the current climate we can even discuss what the appropriate actions should be, since any time the subject is brought up, it creates a war for the SJWs who think being PC is more important than protecting a child from rape, disease and murder. It’s racist to treat people differently because of their colour, but that’s exactly what we’re being when we have a different set of rules on how we police them.

I think the best course of action is to remember that these are people. It shouldn’t matter what color, religion, race or culture someone comes from. If they’re in danger, we need to help them. Being a human should count before being any other designation.

Something has to be done. It’s going to be uncomfortable for a lot of people, and I’m sure many will be offended. But if we don’t go through the hard part of having discussions, and that means discussing ALL options, we can never find a solution. Right now, people aren’t even able to talk about how to deal with it, for fear of backlash. That’s not helping anyone.

If you truly care for the Aboriginal people as much as you say you do in your little speeches, you’ll accept that we all need to stop treating them as a special category, and recognizing that Aboriginal women and children should be protected just like white women and children. (Which isn’t nearly as good as it should be, but it’s still a step above what they’re getting.)

So next time someone brings up a subject you think might not be PC, or is uncomfortable, before you shut it down, ask yourself whether that’s really helpful. Or, ask yourself if your discomfort is more or less than the child being gang raped….