Don’t piss off the Motherland 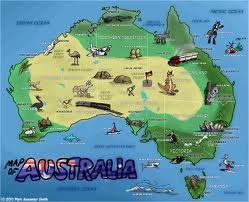 It’s been a big week for Melissa George. First, she pissed off almost an entire nation by having a wobbly about being asked about the show that made her famous; Home & Away, and now it’s been announced that the new show she wanted everyone to see, Hunted, has been axed.

Everyone told her to go back to America. For the record, I am now also a US Citizen. I don’t think that getting a second citizenship should be held against someone. Admittedly, I waited many years before getting it, because when I was first eligible, you had to give up your Australian citizenship. Australia didn’t like dual citizens. A few years ago though, Australia changed the rules, so I could carry two passports. I’ve lived in the US 12 years now. I took out US citizenship because I wanted to vote, and because most of the jobs I wanted also required US citizenship. There’s a few that would require me to renounce my Aussie citizenship, and I’m not willing to do that, so I don’t apply for them.

There’s been days I’ve been mad at Australia, and not wanted to return. Especially after I went public and I had so many people calling me a publicity whore. Looking back though, that was such a crazy time, and I was going through so many emotions, I think I was just more sad that I felt like I couldn’t just come home without people looking at me funny. It was my problem, not anyone else’s.

Since then though, I’ve learnt not to really care what people think, since I know my own truth, which actually makes me much more comfortable with myself, and much more relaxed. I find myself missing Australia. My brother has had 2 kids since then, and I wish I could be in Australia to play Aunty. I fear I’m going to be that weird Aunt that people have that lives far away and you only ever remember seeing twice in your life. But at least she sends nice gifts at Xmas….

I find myself now at the point where I daydream about coming home. I look forward to meat pies, footy and a cold Tooheys New. I long to see smiling faces, people having a laugh, going to the beach. There’s so much I miss about home. It’s not because I haven’t made it here. Quite the opposite. I’m actually quite content here too. We own a nice house, we spend weekends at the ranch. We’ve got lots of friends. A couple weeks ago I had the realization that I currently earn more than I ever did as an actress on Australia’s highest rating show…. yes, it’s true. I actually make more money sitting behind a desk wearing a military uniform than I ever did on Hey Dad..! The Australian media pays shockingly little.

However, Australia will always be in my heart. I’m a 5th generation Australian. My Mum’s family were convicts. Dad’s side was supposedly a Lord in Ireland and was a Captain of a ship. Actually, I’d love to do that show “So Who Do You Think You Are” just so I can find out if all that it true. There’s supposed to be some juicy stuff in our lineage.

So while I don’t act anymore, and my next trip home will probably be for a court case, I’m very much looking forward to it, as bad as some of the things I’ll have to deal with will be. I wish I had a job that allowed me to spend 6 months in each place. Or fly off to Paris or New York at the drop of a hat. Like most expats though, I don’t get to come home as often as I like.

Now, if someone out there wanted to offer me a job paying me more than I earn here, I’d happily jump a flight and spend some time in Australia. Shit, I’d even work on Home & Away for a chance to come home for a while!