Bill Cosby – Another TV legend being accused of sexual misconduct 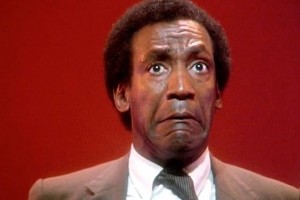 When I had to explain to my friends in the US that I was in the midst of a massive media scandal in Australia, the best way I could think to explain it was to say that it was like if one of the kids on The Cosby Show accused Bill of molesting them.

Well, it seems that wasn’t such a bad analogy after all.

We’re now up to something like 14 women who have accused Bill Cosby of rape. I thought it was terribly sad that these allegations have been going on for years, and Bill’s people hushed them up. When Janice Dickinson spoke up, I thought Finally! Someone who is also famous has now spoken up, and perhaps, finally, people will listen. It’s a awful truth, and one that was shared with me by Alison Arngrim, that people will always believe the more famous person. When it comes to sexual assault, the more famous person is innocent, and the less famous, or not famous at all, is simply a lying, money grubber seeking fame and fortune. Doesn’t matter what the truth is, that’s how the public will see it.

I had hoped that Janice, the original supermodel, would be famous enough that people would listen. Then I saw the 5K and counting comments on the ET website with her interview.  So many people calling her a lying, drunken whore, who must be broke, and looking for an extra 15 minutes of fame.

What the fuck is wrong with people?

How many women have to come forward before people believe? Can a woman every be raped, and talk about it, without people calling her names, or saying she must be lying? Western society point fingers at religions that stone women after being raped, but seriously, when you read some of the things being said about women who have accused famous men of raping them, we’re no better. We beat them into submission. We tell them they’re worthless. We tell them they’re lying. We say their rapists are good men, and it must have been a misunderstanding. Women have committed suicide for the hate they have received for speaking up. Some have been forced to move, or go into hiding.

I get that people are “innocent until proven guilty”. But I have a right to have an opinion. Everyone has that right, and I’m not on a jury, so I can voice my opinion. I spent four years with people calling me a lying whore. I spent four years having people say I was making shit up. Four years of people sending me death threats. Four years of people saying what a good man Robert was. Four years listening to people go on and on about what a poor man he was, having to endure all these allegations. That was after 20 years of living with all that he had done to me.

Then, we went to court, and he was found guilty. Did I get an apology from all those people who spent four years calling me a liar? No. It was fucking crickets. But he’s in jail, and that’s all that matters.

Since then, we’ve had several high profile men found guilty of sexual misconduct, and sent to prison. Each time though, the same BS. All these people who were screaming the men were innocent, and the women liars, after fame and fortune. Rolf Harris, Max Clifford, etc. How many times are we going to repeat this scenario before we stop castigating the women, and think, Hey, there’s a slew of women all saying this man did bad things. Maybe, just maybe, like the last half dozen guys who had women come forward, he’s going to be found guilty too….

Let’s stop assuming all women are liars, and all famous men are perfect with nothing less than honorable intentions. Where there’s smoke, there fire, and in this case, the whole house is burning down.

Also, for the record, Janice DID talk about Bill years ago. She’s not jumping on some bandwagon as people claim. She tried to put it in her book, and her publisher removed it. Bill has deeper pockets than her. In a 2006 interview with Howard Stern, she talks about it. Also, spare me your “if it had happened to me” scenarios, because no matter how much you like to think you’d know how you’d react to a situation, till you’ve been in it, you have no idea.

So now we’ve proven Robert was a scumbag pedo, maybe people can accept that people like Stephen Collins and Bill Cosby aren’t perfect, and when you’ve got multiple women making allegations, there’s probably some truth to it. Unfortunately, I don’t think we’ll see women being believed in my lifetime when they openly speak about sexual assault, without being beaten down again.

One Reply to “Bill Cosby”