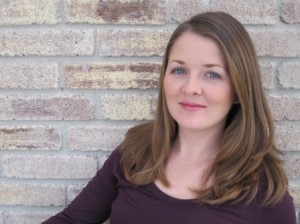 The year in review.

Even though “the scandal” broke in March and there has been a media blackout since, I still managed to make quite a few lists at the end of the year.

Here’s a few of them:

Where the story broke; We made number 4 on the most read articles on the Woman’s Day site.

Since we were the highest rating story of the year, I kinda expected the ACA one… Cool video of the top moments of theyear. LOVE the dogman!

Channel nine also had a video with the Top TV moments of 2010.

We made Scandal of the Year in the Sydney Confidential Awards.

Even the New Zealanders put me on their list!

Who Magazine put me in their “Newsmakers” section for the December 2010 issue, Best and Worst of 2010.

Even Google trends shows the Hey Dad Scandal made the number 5 spot.

Of course, while nobody wants to make end of year lists for Scandals,  it was great to see the nation talking about Child Abuse, and I was very honored to become an Ambassador for Bravehearts.

Of course, someone had to include us on a not so nice list… The Wankley’s.  Honestly, I think Tracey Grimshaw is a lovely woman. The entire staff at Channel 9 was very professional, and I’m very grateful that they handled the case the way they did. Because so many people came forward to ACA, who were put in touch with the police, the police have been conducting their investigation for many, many months now. It meant it wasn’t just a he said/she said and the detectives didn’t have to go track down hundreds of people from 20 years ago. They had a slew of people coming to them instead. It amuses me the way the people who say I shouldn’t have spoken to ACA because it’s just about dodgy builders and supermarket prices can’t be pleased when ACA actually does hard hitting stories. Oh well. Boo hoo for them.

Now, I just sit back and wait while the police finish their investigation…. Hopefully, next time I make a list, it will be for something happy.